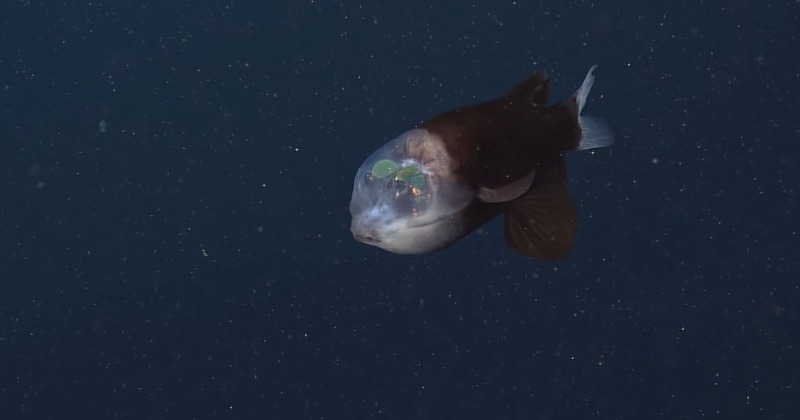 The Monterey Bay Aquarium Research Institute, or MBARI, has managed to capture breathtaking images of a strange sea creature with a transparent head.

The fish, identified as a barrel fish (Macropinna microstoma), was recently spotted on a deep sea mission in Monterey Bay off California., CNET reported.

A remote control vehicle captured the stunning footage during an expedition from the Rachel Carson research vessel. Aquarist Tommy Knowles and his team were aboard MBARI’s R / V Rachel Carson to collect jellies and comb jellies for the Aquarium’s upcoming “Into the Deep” exhibit when they spotted the creature, according to a report of CNET.

What is amazing is the fact that the fish has a transparent head and bright green eyes inside.

“MBARI Ventana and Doc Ricketts rc vehicles have logged over 5,600 dives and over 27,600 hours of video, but we’ve only seen this fish nine times,” the organization said.

According to MBARI, the deep-sea creature is used to operating in the dark, and its unusual eyes help it find food in these conditions. This lives in the twilight zone of the ocean, at a depth of 2,000 to 2,600 feet. The creature’s eyes look upward to spot its prey – usually small crustaceans trapped in the tentacles of siphonophores. The two small indentations on his face are in fact olfactory organs, mainly nostrils.

MBARI researchers have discovered that the barreleye can rotate its eyes under the transparent fabric dome.

Last month, a huge, rare sea creature was filmed during an expedition led by a team of researchers to the Gulf of Mexico. The rare creature has been identified as a large-finned squid (also known as Magnapinna), which, as the name suggests, is characterized by large fins and has eight arms as well as a pair of tentacles.

NOAA vessel #Okeanos Explorer is safely docked in Port Canaveral, Florida, and our Windows to the Deep 2021 adventure is over. ICYMI, here is a video of the bigfin squid (Magnapinna sp.) That we encountered in the Gulf of Mexico.

It was spotted about 2,385 meters below the ocean’s surface. Previous observations have spotted them up to a depth of 4,735 meters. And even though members of the bigfin species are scattered across the globe, their rare nature makes it difficult to determine how many actually exist.

The live footage was seen ashore by Mike Vecchione – a research zoologist with NOAA’s National Fisheries Systematics Laboratory and the Smithsonian’s National Museum of Natural History. 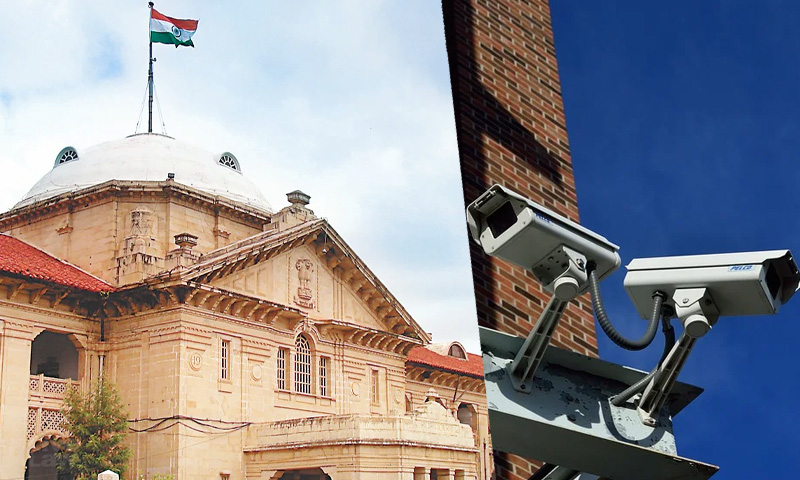