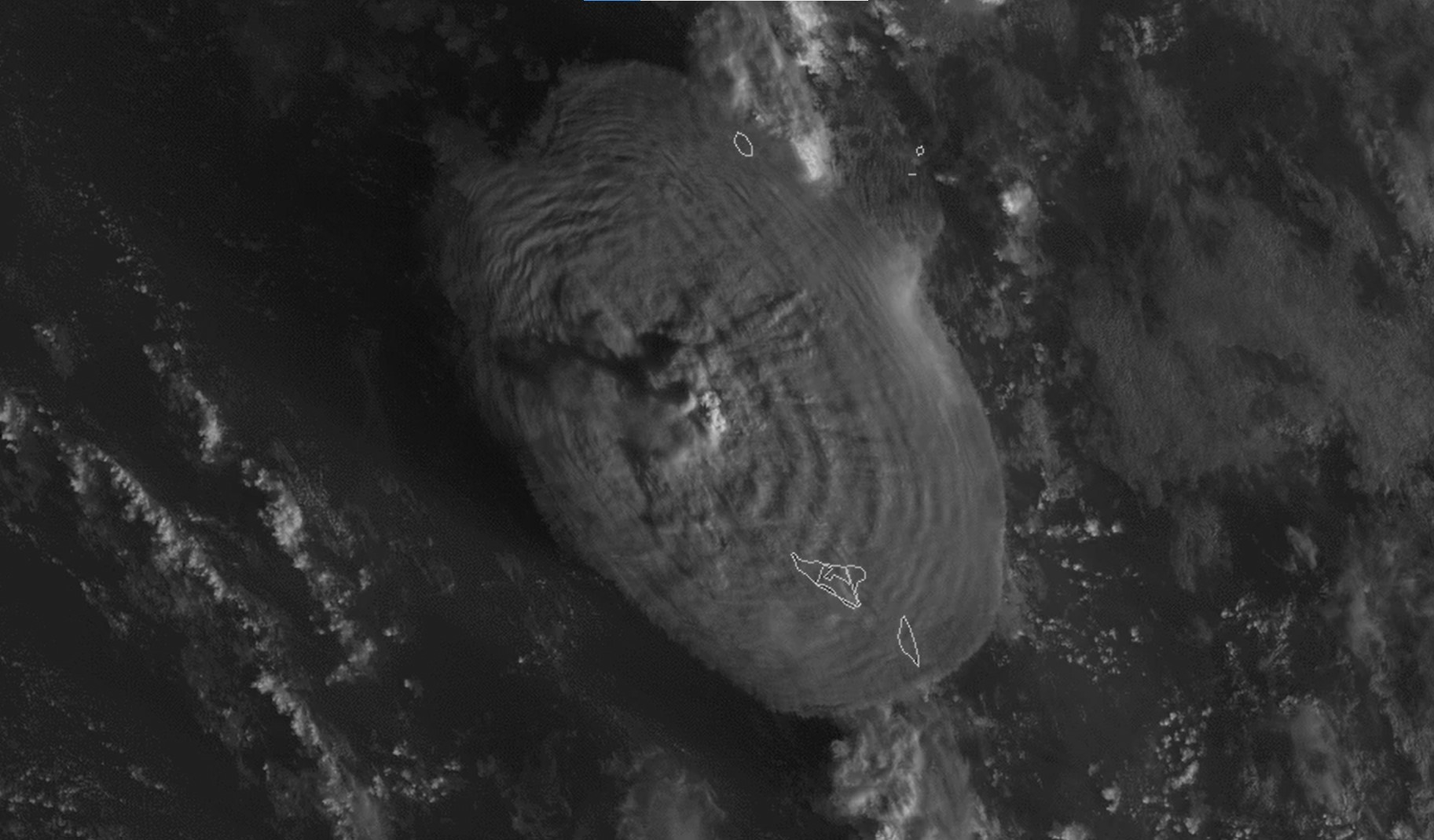 A volcano reveals the vulnerability of the global communication network

Following a violent volcanic eruption in Tonga, much of the communication with the islanders remains at a standstill. In our modern, highly-connected world, more than 95% of global data transfers take place via criss-crossing fiber optic cables across the oceans of the world.

The rupture or interruption of this critical infrastructure can have catastrophic local, regional and even global consequences. This is exactly what happened in Tonga after Saturday’s volcano-tsunami disaster. But it’s not the first time a natural disaster cut critical undersea cables, and it won’t be the last.

The video below shows the incredible spread of undersea cables around the planet – with over 885,000 kilometers of cables laid since 1989. These cables cluster in narrow corridors and pass between ‘choke points’ critical which make them vulnerable to a number of natural hazards including volcanic eruptions, underwater landslides, earthquakes and tsunamis.

What exactly happened in Tonga?

Tonga was only connected to global undersea telecommunications network over the past decade. Its islands rely heavily on this system as it is more stable than other technologies such as satellite and fixed infrastructure.

The current situation in Tonga is still fluid, and some details have yet to be confirmed – but it appears that one or more volcanic processes (such as the tsunami, undersea landslide or other undersea currents) have broke the 872 km long fiber optic cable linking Tonga to the rest of the world. The cable system was not turned off or unplugged by authorities.

It had a huge impact. Tongans living in Australia and New Zealand cannot contact loved ones to monitor them. It also made it difficult for Tongans government officials and emergency services to communicate with each other, and for local communities to determine relief and recovery needs.

Telecommunications are down, as are regular internet functions – and outages continue to disrupt online services, making the situation worse. Tonga is particularly vulnerable to this type of disturbance because there are only a cable connecting the capital Nuku’alofa to Fiji, more than 800 km away. No inter-island cable exists.

Events in Tonga show once again how fragile the global network of submarine cables is and how quickly it can disconnect. In 2009, I co-wrote a study detailing the vulnerabilities of the underwater telecommunications network to a variety of natural hazard processes. And nothing has changed since.

Cables are laid over the shortest (i.e. cheapest) distance between two points on the Earth’s surface. They also need to be laid along particular geographic locations that allow for easy placement, which is why many cables are bundled together in choke points.

Some good examples of choke points include the Hawaiian Islands, the Suez Canal, Guam, and the Sunda Strait in Indonesia. Unfortunately, these are also places where major natural hazards tend to occur.

Once damaged, repairing broken cables can take days or even weeks (even longer), depending on the depth of the cable and its ease of access. In times of crisis, such outages make it much more difficult for governments, emergency services and charities to engage in recovery efforts.

Many of these submarine cables pass near or directly over active volcanoes, regions affected by tropical cyclones and/or active seismic zones.

In many ways Australia is also very vulnerable (as is New Zealand and the rest of the world) as we are connected to the global wired network by a very small number of connection points, from Sydney and Perth uniquely.

As far as Sydney and the east coast of Australia are concerned, we know that large underwater landslides have occurred off Sydney in the past. Future events could damage the critical part of the network that connects us.

How do we manage risks in the future?

Given the vulnerability of the network, the first step in mitigating risk is to undertake research to quantify and assess the actual risk to submarine cables at particular locations on the ocean floor and for different types of natural hazards. For example, tropical cyclones (hurricanes/typhoons) occur regularly, but other disasters such as earthquakes and volcanic eruptions occur less often.

Currently, there is little publicly available data on the risk to the global network of submarine cables. Once we know which cables are vulnerable to what types of hazards, we can then make plans to reduce the risks.

At the same time, governments and telecommunications companies should find ways to diversify the way we communicate, for example by using more satellite systems and other technologies.

This article is republished from The conversation under Creative Commons license. Read it original article.

Media diversity is under threat in Australia – nowhere more than in South Australia. The state needs more than one voice to guide it, and you can help with a donation of any size to InDaily. Your contribution goes directly to helping our journalists uncover the facts. Please click below to help InDaily continue to uncover the facts.