Army soldiers hide while on patrol in Iraq (Army photo)

AUSA 2022 – In the age of drones, commercial satellite imagery and smartphone-wielding informants, you have to assume the enemy is always watching, even thousands of miles from the front line.

This surveillance can identify targets for long-range precision weapons, meaning rear echelon command posts, support troops and supply dumps are under attack like never before, a threat that changes the way they have to operate. But how do units deploy, take cover, and keep moving—to avoid being spotted, targeted, and hit—while coordinating any kind of effective action?

This is the tactical dilemma the Army is trying to tackle with its new multi-domain operations doctrine – and the critical technical challenge for its still-developing combat network.

“We have to take into account that we are under constant enemy observation,” said Lieutenant General Milford Beaglechief of Fort Leavenworth Combined arms centerwho collected the brand new edition of Field Manual FM 3-0, Operations. “The battlefield is transparent, and so we have to be spread out, we have to be more agile.”

“Dispersion is key,” Beagle told the Association of the American Army’s annual conference, during a sign on the future Army of 2030.”[But] so how do we go from scattered places to bring these forces together for decisive effects? »

“[Especially] if you’re in a theater like INDOPACOM,” he said, “you’re going to be largely non-contiguous” — with different sub-units potentially scattered across multiple small islands, rather than forming a contiguous line of battle — “but all the same, at some point, we will have to bring all these capacities together, concentrate all these capacities, on multiple decisive points.

Unlocking tactical and technical complexities is the goal of military-led Project Convergence multiservice wargames, which this autumn include British and Australian troops in scenarios inspired by Europe and the Pacific.

“It’s not just the army,” said Lieutenant General Richard Ross Coffmanthe deputy head of Army Future Command. “It’s our joint force, our Five Eyes partners who are there with us…. We will always fight together, and we have to get our communications, our long-range fire [coordinated].”

“We want to better understand how coalition and joint forces can fight together…so that we can either create a new technological solution or use an existing one,” Coffman said at a separate AUSA event. “How [do] we map both the message traffic sent by the sensors and received by the joint force shooters? »

“Everything is very simple in war”, Carl von Clausewitz wrote, “but the simplest thing is difficult.” In the two centuries since his time, a new factor has added to the difficulty of the simplest things in warfare: the imperative to scatter in the face of diminishing firepower. And as weapons have become more deadly, dispersal has become necessary, not just for frontline combatants, but in continent-sized theaters of war.

In the Napoleonic wars of the early 19e century, Clausewitz fought on battlefields where men stood shoulder to shoulder under fire, accepting a greater risk of being hit in order to concentrate their own firepower. In the era of inaccurate slow loading muskets, which fired three times a minute and could barely hit a barn more than a hundred yards away, was a reasonable compromise. Against the rifled guns of Solferino and the American Civil War just four decades later was a riskier and bloodier approach. Against the machine guns and massive artillery of World War I, it was suicide. 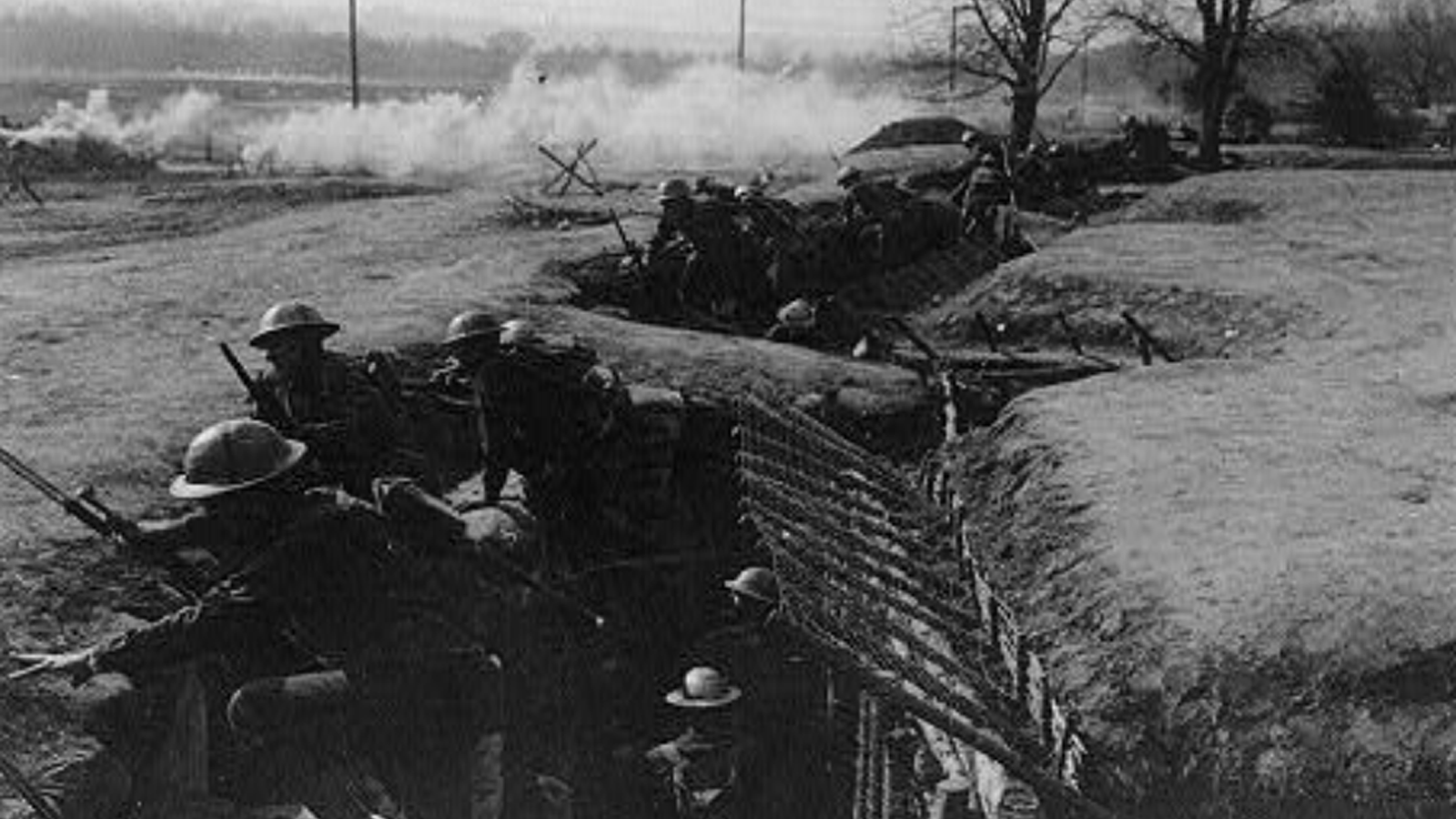 So the soldiers deployed, took cover and dug. When it became clear that a long enough bombardment could slaughter even troops in trenches, armies largely withdrawn from artillery range, leaving a screen force in the front line trench while keeping most of their men in reserve. In attack, the German Stosstruppen – translated into English as “Stormtroopers– learned to advance while scattered, advancing in small groups to take advantage of every scrap of cover.

But the dispersal didn’t stop there, as the weapons – and the systems that found targets for them – got longer and longer and more accurate. During World War II, airstrikes ravaged supply columns, reinforcements and infrastructure far beyond the front. In Ukraine and Russia today, suicide drones and precision-guided rockets destroy munitions dumps, airfields and civilian infrastructure. In a future war between two high-tech powers – say, the United States and China – huge arsenals of long-range precision weapons could hit targets hundreds or thousands of miles away. Space surveillance can detect, and cyber warfare can disrupt, operations anywhere in the world. 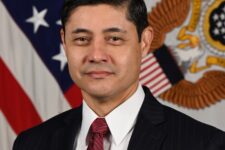 “Any force that must fight in 2030 or beyond, we must be prepared for a very active campaign against the homeland,” said Mario Diaz, Deputy Under Secretary of the Army, speaking at AUSA alongside of Beagle. “This may contribute to our inability to get what we need from our forts and ports to the battlefields.”

The new operations manual warns: “Planners must anticipate adversary forces using all available means to contest the deployment of forces, beginning at the station of origin. […] Leaders must assume that they are under constant observation from one or more domains and constantly ensure that they are not providing lucrative targets for the enemy to attack.

“Concentrated and static forces are easy for enemy forces to detect and destroy,” the manual stresses. “One of the ways army forces preserve combat power is to maintain dispersion to the greatest extent possible.” Long before reaching the frontline, he says, units arriving in theater must “disperse elements into company-sized tactical formations as they conduct maintenance checks, load munitions, provide preparation of the crew and preparing to move to forward positions”.

But the dispersion makes collaboration more difficult. “Although scatter disrupts enemy targeting efforts, it increases the difficulty of both C2 [command & control] and the sustainment of friendly forces”, recognizes FM 3-0. “Leaders [must] balance the survivability benefits of dispersal with the negative impacts of dispersal on mission effectiveness. 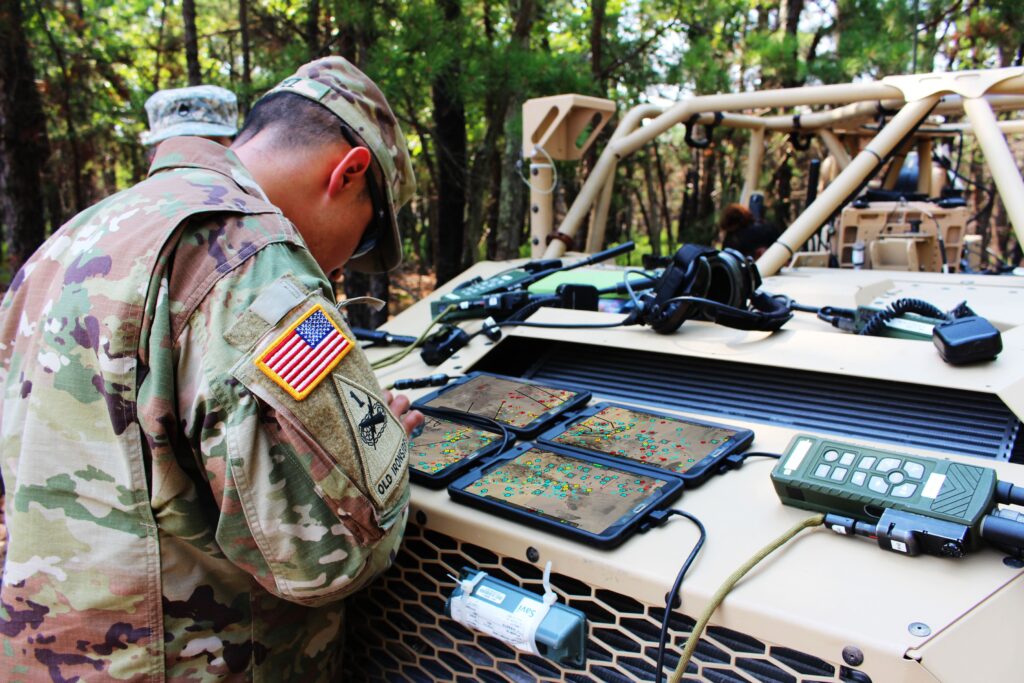 An army soldier tries out a prototype network device during a test in 2018. (Military photo)

The network must Work

This balancing act — the ability to coordinate action despite physical separation — depends on communications. But in the face of sophisticated adversaries, communicating isn’t as simple as grabbing a radio, logging into email, or picking up a smartphone. Russia regularly blocks GPS and communications satellites. Russian troops using cellphones in Ukraine surrendered their position to Ukrainian artillery, contributing to the deaths of a dozen generals. And even if an adversary cannot decipher a coded radio transmission, they can triangulate its origin to locate the transmitting unit for the attack.

“Continuous communication allows enemy forces to detect and target commanders, subordinates and command posts,” warns FM 3-0. “This should be avoided as much as possible.”

So the military’s next-generation network must not only transmit masses of data quickly and securely: it must also send it in short bursts, without prolonged transmissions that an enemy can track. It’s a huge technical challenge the Army will have to solve before it can execute its bold new tactics.

In this context, of the Army’s 35 priority modernization programs, from hypersonic missiles to augmented reality goggles, Army officials said one was particularly critical:

“I would mention one and that’s the network,” said Doug Bush, the Army’s civilian chief of acquisitions, speaking alongside Coffman at AUSA. “It’s not all about our new networking technology, but a lot of it is, and that’s a big part of the work we do at Project Convergence – to figure out how to do this networking.”

“All of these things require people to communicate in a situation where an enemy is trying to destroy the network,” he added, “so this is college-level networking.”

Coffman agreed. Much like his boss, the four-star chef of Army Future Command, General James Rainey.

“I don’t think there’s a single thing, but the network would be close,” Rainey said, speaking alongside Lt. Gen. Beagle at AUSA. “We believe that everything you do is guided by intelligence, [so] we must have a joint network, at speed and scale, that is compatible with our partners across the joint force. 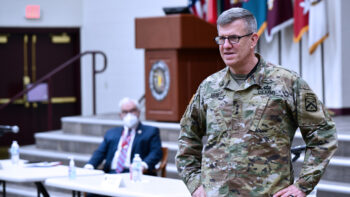 “It kind of makes it very difficult to do any of the other things that we visualize if we don’t apply it,” he said.

The army’s greatest asset here? Not the technology, but the people. “One of the advantages we have is actually our experience over the past 20 years,” said James Greerretired colonel and former director of the School of Advanced Military Studies.

“Our leaders, non-commissioned officers and commissioners have grown up in a dispersed combat space [in Afghanistan and Iraq]“Greer told the AUSA panel. “They have, through their experience, the ability to command and control when they are in fact apart, and they have the ability to provide joint capabilities in support.” The challenge, he said, is “to step it up.”

In the meantime, the Army, as usual, has a backup plan.

“But even…if no one can talk, in the US military at least, we’re not going to give up,” Rainey said. “Someone will walk until they make contact, get close and destroy the enemy.”