A prisoner escaping from a dungeon or a police van is something we have all seen in movies and TV shows. But something like this really happened in Brazil recently and everything was filmed.

A handcuffed man managed to escape the cops by jumping out of a moving van. The act was filmed on a roadside CCTV camera and recently shared on the ViralHog YouTube channel.

The clip shows the prisoner in a pink t-shirt as he sits precariously on the back door of the van.

As he jumped out of the vehicle, something fell on the road. The man picks it up and then makes a quick run in the opposite direction.

The cops looked distraught as the car continued to move down the road.

According to some reports, the incident took place in Alagoa Nova, Paraiba, on December 28, 2021.

Cops only noticed the man’s escape after they arrived at a police station, according to reports. Civilian police say they have opened an investigation into how the prisoner escaped from the moving vehicle.

The clip has now garnered over 3 lakhs of views. Unsurprisingly, viewers were both bewildered and in awe of the man’s escape.

One user wrote: “How does that happen? Was he handcuffed lying in the bed of that vehicle or something? So weird.”

“This is NOT a police car, but it is a police van … as that also cannot tell the difference between a car and a VAN,” wrote another.

Not so long ago, a drug dealer in Brazil tried to escape from prison by disguising himself as his daughter.

Shortly after his escape attempt, the man was found dead in his cell.

Clauvino da Silva was found hanging from the ceiling of his cell, state authorities in Rio de Janeiro have said.

The convicted drug trafficker was one of the leaders of the “Red Command”, a powerful criminal group in Brazil that controls drug trafficking in many areas of Rio. 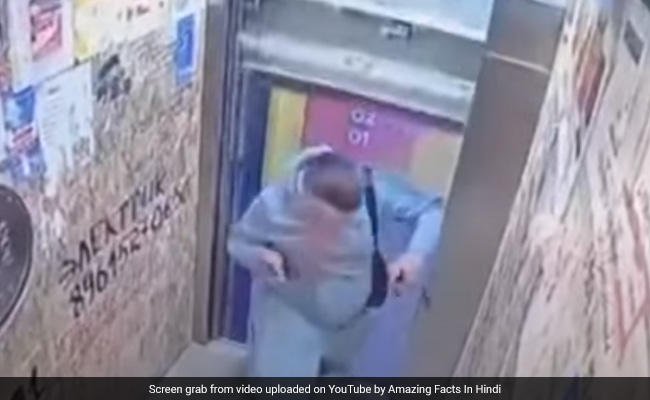