MASKED intruders were caught on security video apparently trying to get through garden gates and into locked cars in a town in Herefordshire.

Gill and Marten Roes Francken shared a video on the Ross Noticeboard Facebook group of a masked person trying to open the gate to their garden on November 9 at 3:36 a.m. in Ashfield Crescent.

The couple were asleep at the time before being awakened by a signal on their phones from CCTV as the person approached the door.

With the gate locked, they quickly left the couple’s house without stealing anything.

The couple called 101 and reported it to police, who notably advised placing a neighborhood watch poster on their front window.

“It’s a source of concern, I’ve been worried for a while,” Roes Francken said.

“Ross is a wealthy neighborhood with a lot of expensive cars around.”

There have been shady figures spotted in the area, he said.

Adrian Lewis also shared a video of a masked individual apparently trying to break into his car on November 1 at 2:03 a.m. in Ross-on-Wye.

This is the first time this has happened.

“Very cheeky of them when the light came on but that didn’t deter him.”

Mr Lewis captured them with his Ring camera outside his house as he was sleeping in his bed at the time this happened.

A spokesperson said: “We have received in the past few weeks two reports of theft of vehicles parked on the street in Ross and another report of individuals wearing hoodies trying on the door handles of parked cars. .

“There have been no reports of a burglary on residential properties in Ross, but this month we received a report of a non-residential burglary where bikes were stolen from a shed.” 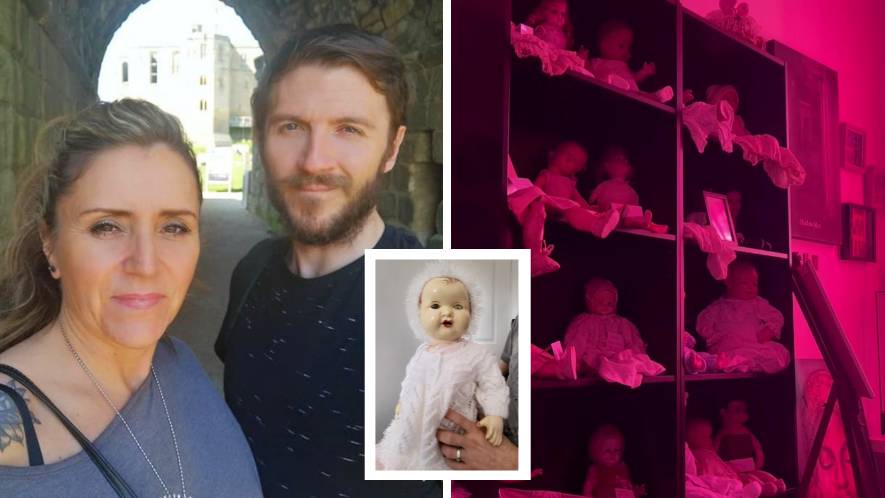