the Stanislaus County Literacy Network recognized five students and two other people dedicated to the cause.

Two students received the high school equivalency award. One of them received the Literacy Award and the English as a Second Language Award. A current student has won a scholarship. And a volunteer educator and tutor received awards named in honor of longtime supporters of literacy.

The organizers provided these details in a press release:

English as a Second Language Award

Arazo Ekhlas and her husband and two children are refugees from Afghanistan. In Kabul, she studied law at a private university to learn more about her community and to empower Afghan women by teaching them about women’s rights. She also volunteered in a women’s rights community, where she taught Afghan women how to write, improve their knowledge and manage their time between household chores and studies.

In the United States, Ekhlas found that the English she had learned in Afghanistan was not adequate and enrolled in LearningQuest’s ESL program. Her listening, speaking, reading and writing skills have improved, so now she can confidently go shopping alone, make appointments, read a magazine or book and write a dissertation.

Ekhlas is determined to get an HSE degree next, start an online computer programming course, and study for her US citizenship.

Laura Soto was born and raised in Mexico City, but fearing for her family’s safety, they moved to Modesto in 2004. She soon realized that not knowing English presented many challenges. She worked on a warehouse assembly line, where she could not communicate with her co-workers. She learned some English when her children started school, but she wanted to learn on her own.

Soto was able to take high school equivalency Spanish classes and graduated. In 2018, she enrolled in the LearningQuest adult literacy tutoring program, where her reading and writing improved from second to eighth grade. Laura continues the tutoring.

“It is very important to learn English, to grow and advance in any field and to achieve your goals,” she said.

Nicolas Garibay dropped out of high school to become his father’s primary carer. After the death of his father in 2007, he went through difficult times. As of 2021, he had been incarcerated three times and released from prison after serving six years.

Garibay decided to apply for a Workforce Development Grant to enroll in the Cal-Trade Welding School, but he needed a degree. He enrolled in LearningQuest, where he quickly excelled, passing all his tests on the first try and graduating in five weeks.

Since taking classes at Cal-Trade last October, Garibay has had a job prospect at PG&E and had his parole reduced from three to one year due to good behavior and positive results. He is set to graduate from Cal-Trade on March 22.

Adilene Zamora Ortiz was 16 and living in Mexico, trapped in an abusive relationship and forced to drop out of high school. For six years she lived in conditions of poverty, working in the fields to support herself, her son and his abusive partner.

Moving to San Diego, and her almost 3-year-old son, Ortiz gained the strength to leave the abusive relationship. After joining a GED program in Salinas and attending a medical assisting school in San Jose, she decided to pursue her true dream of going to law school, but she needed her degree.

Ortiz married a supportive partner and, after the birth of her daughter, enrolled in LearningQuest’s HSE program. She graduated in just five months and plans to start classes in Modesto Junior College This year.

Enjila Farokh Ahmadi, a refugee from Afghanistan, received a $500 scholarship. She had to adapt to a new culture and a new education system, so she started classes at Turlock Adult School to help with language and communication skills. She moved from English as a second language to adult basic education to the high school diploma program.

Ahmadi plans to start a fine art/design business encompassing projects ranging from jewelry to home decor. She also wants to acquire skills in entrepreneurship, human resources and financial, office and asset management. She plans to transform her business into a public company within 10 to 15 years. She plans to enroll in the MJC at the start of the school year.

John Arnold has been tutoring since 1985 and started doing so with LearningQuest in 2018. Over the past three years he has tutored an entire immigrant family – husband, wife, and young son. He meets the whole family, shares storybooks with the child and makes it a family tutoring session.

“For me, the tutoring relationship is very special,” Arnold said. “It is a pure pleasure to see my students light up when they successfully demonstrate improvements in reading. Plus, sitting down with another person for 90 minutes every week almost always results in great conversations on every topic imaginable. I always get as much pleasure from my students as they do from me.

The family say Arnold is a mentor and friend who came into their lives. He taught his wife how to pass her citizenship test. He brought children’s books for their child. He taught them the language of living and working in the United States. Their son calls John his “English grandfather”. When he was doing his pre-kindergarten homework, he listened to a recording of “Grandpa John” giving him English lessons.

From childhood, Catherine Ferrel wanted to be a teacher. His academic accomplishments include a bachelor’s degree in English communications, several K-12 subjects and specialist degrees in reading, as well as a master’s degree in reading leadership.

Ferrell has taught for 40 years, serving as a mentor teacher and instructional coach from K-8, and as an assistant professor of reading at a university. Coming out of retirement in 2019, she joined KidsQuest, a LearningQuest program offering free one-on-one tutoring to children with dyslexia. She expanded KidsQuest services, recruited tutors, attracted new students, built trust with their parents, raised funds and advocated for literacy.

Ferrell continues to explore cutting-edge strategies for solving learning disabilities and passionately helps parents looking for answers or resources, guardians who have questions or need support, and children who are struggling to read. She launched a new KidsQuest program, the Reading and Spelling Academy, to help children enjoy reading and writing by learning the history, origins and structure of words. Using many different learning methods to support her students, as well as creating dyslexia resources for pediatricians, she is making a big impact with families in Stanislaus County.

Names of Note recognizes people and organizations for their contribution to their communities. Submit articles to [email protected]

John Holland covers agriculture, transportation and general missions. He has worked for The Modesto Bee since 2000 and previously worked for newspapers in Sonora and Visalia. He was born and raised in San Francisco and graduated in journalism from UC Berkeley.

3 keys to securing and managing an industrial network 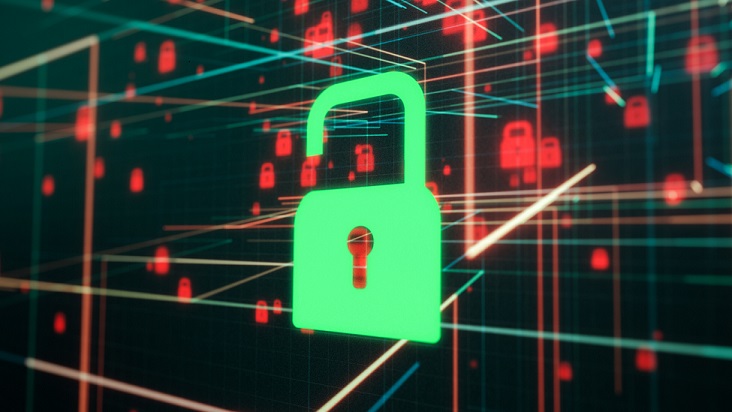 How the Wisconsin Center reigned over Wi-Fi network security